Pythonist with a NES and an ☂ 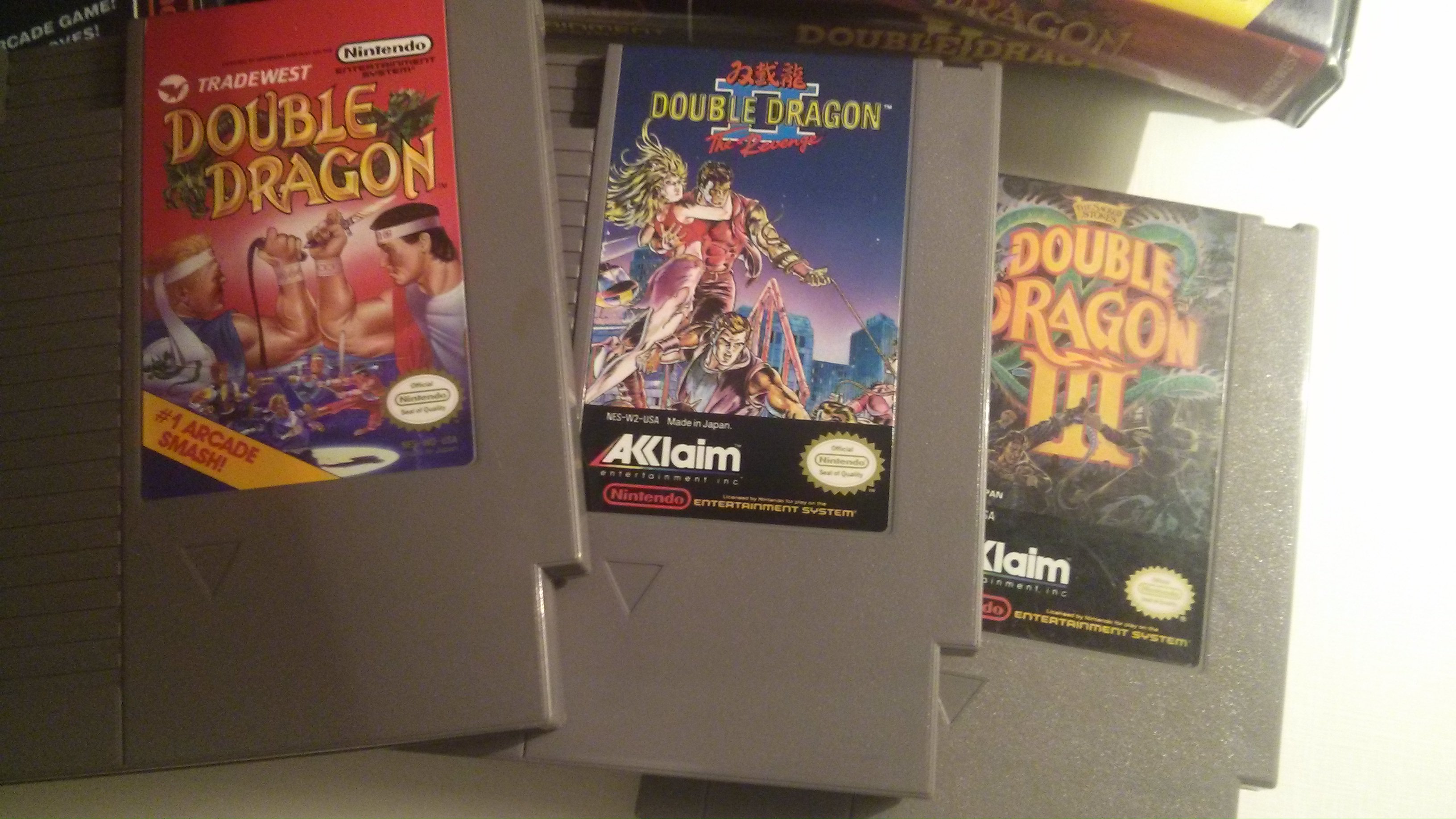 Not in the mood to code today, so let's play a classic: Double Dragon. It's hard to explain nowadays what a phenomenal game it was back then. So before reviewing the NES version, which I'm going to play, let's first talk about the game’s history.

At the end eighties, there was a Double Dragon machine at the center of every arcade. The game was so popular that it opened up the beat'em up genre. Soon enough, arcades were filled with beloved beat ‘em up games like Golden Axe and Final Fight; and then eventually CAPCOM would lead the genre to whole other level. But even by then, in the mid-nineties, brothers Billy and Jimmy Lee—the stars of Double Dragon—would never lose their spot.

This story was quite simple: a love interest of Billy and Jimmy gets kidnapped by a street gang. Yep, both brothers are interested in the same girl and—spoiler alert—they fight each other for her at the end of the game. Prior the first stage, a small intro shows henchman's punching and taking the girl away, then the garage door open's up and the music and beat begins. Not exactly an original story, but the game made it feel like a great story; at the least, it was a great eighties story. In fact, there was something about the style that always reminded me of another eighties classic: Streets of Fire style. I swear, whenever I played Double Dragon, I always saw Willem Dafoe as the kidnapper; running off with that kidnapped girl over the shoulders.

All in all, the arcade game was a classic. I’ll never forget the hours I spent waiting to play the game; talking with others about how to best control the elbow smash or how to throw an enemy from a bridge without falling too. I remember that once I had to wait a guy cleanup the coin safe, 'cause coins were getting jammed. It was the main subject among gamers and game magazines.

Playing Double Dragon, at home, without needing to "insert coin" was amazing. But there were problems too. For me, I used to have the Master System version as a child. But the Master System missed the thrill. The timing of the game was off (especially compared to the NES version) and it also lacked the action sequences (I know it's related to licensing, but I as a gamer, I didn't care).

Nevertheless, it was great. And then it got better: Double Dragon 2 - The Revenge.’ Even just the cover was amazing. It also seemed to share an element with the movie `Big Trouble in Little China and, again, Streets of Fire. All in all, it was a lot of fun; the graphics were simple and the arm over the body style was remarkable.

Then you stomp on with Double Dragon 3: The Sacred Stones. More characters and a new feature: "Once you defeated your bitter enemies join your quest". Meaning, after you beat a boss you can play with him too. And for sure, it was one of the hardest titles on the NES. It was hard as hell! Dammed stones, why so sacred?

I think that the NES version is the definitive console version.

A King still a King

Meanwhile, Final Fight was dominating the arcades in the early nineties and then the Super Nintendo was announced with it listed as a launch title. At the time I thought, "here comes a new Double Dragon.” Sega's had an upstart advantage, not only Golden Axe was Genesis's launch title, but also it comes bundled with Altered Beast. Two beat ‘em up in the launch, Sega was way ahead.

Capcom, had the chance to help even things for Nintendo, but missed badly. Although the game was a almost perfect arcade conversion in terms of graphics, the lack of two player took away the replayability that NES's Double Dragon had. The sixteen bit's beat ‘em up title was took from Nintendo by Sega's Streets of Rage later on. And here we go again, another game with Streets of Fire references. I think I see a pattern.

The new adventure of the Lee brother's took place after the events of the DD3 and their sacred as hell stones, which I would never be able to collect. It has all the main features from his predecessors. The 2-player co-op with friend fighting at the end from the first. The remarkable style with the arms over the body from the second. And, finally, the bad-guys-join-the-party-after-you-beat-them feature.

It took decades for a fourth episode, and all the other beat 'em up greaties never took this step (Golden Axe, Streets of Rage and Final Fight each have only 3 games). Why didn't they? My answer would be, the lack of style, good memories and nostalgia. Because ultimately Double Dragon was the game that created and defines the beat 'em up genre, as well as defines the "2 player" game style of the eighties.

I must share the authoring credits of this post with Blake J. Harris. He did more than amazing review on the final draft. He reestructed and extracted the whole essence that was there. Blake is the author of the best-selling Console Wars book and made a interview that digs Streets of Fire history. There wouldn't be a better reviewer for this post. Also, he is working on a new book about virtual reality.